My son, M1 who turns 8 in November has recently discovered "Beyblades".  For those of you who don't know what they are, basically spinning tops (just don't say that to him) that you battle each other with. 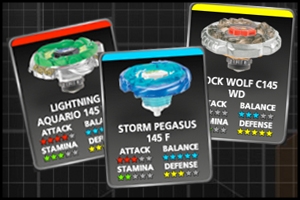 He loves them, loves watching the TV show (read 30 minutes of advertising) and even has his sister hooked on them (she is 3.5).  They try to "battle" these together, not always with a great outcome.

So, where was I going with this???  Saturday I took M1 shopping to buy a birthday present to take to his friend's birthday party on Sunday.  Of course, a Beyblade was the gift of choice.  To say the decision was painstaking is an understatement, but I figured he needed to be sure.  He was also choosing a new one for himself and buying the "battle arena", all with his own pocket money, so I try and let him take his time.

Of course this led to an afternoon of Beyblade battles at our house using the aforementioned new Beyblades against the old ones etc in the new arena.  You get the picture!  Now hubby and I try to be very present and available to both our children (the state of our house/yard will attest to this) so, with a little enthusiasm we started to battle.  M1 thought this was the best thing, like, EVER!

Did hubby and I love doing this?  Not really, but after what has been a very hectic week in this house for all the normal reasons, it was nice to be able to do something together, that all four of us could enjoy (yes M2 joined in too).  We followed it up by watching "Rio" together as a family.

My point - live in the moment and go with it.  These moments that as parents we roll our eyes at, are actually the ones are children remember and love the most. 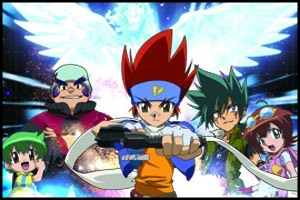 I love reading your comments.... thanks!

Super Ordinary Mum
Brisbane, Australia
I am mother, worker, friend, sister-in-law, daughter, daughter-in-law with a love of organising - organising everything except my own life that is!

Some of my favourite Blogs